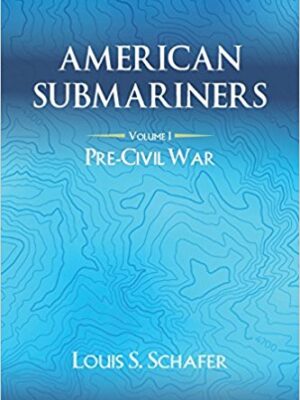 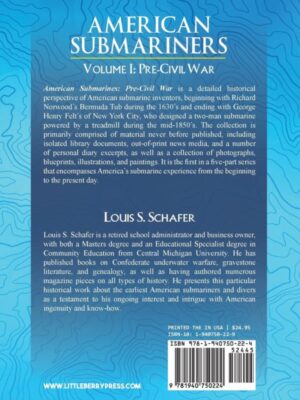 American Submarines: Pre Civil War is a detailed historical perspective of American submarine inventors, beginning with Richard Norwood’s Bermuda Tub during the 1630’s and ending with George Henry Felt’s of New York City, who designed a two-man submarine powered by a treadmill during the mid-1850’s.  The collection is primarily comprised of material never before published, including isolated library documents, out-of-print news media, and a number of personal diary excerpts, as well as a collection of photographs, blueprints, illustrations, and paintings. It is the first in a five-part series that encompasses America’s submarine experience from the beginning to the present day.

Add to cart
Add to wishlist